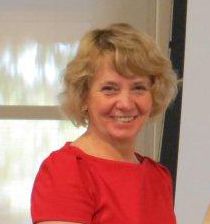 Lidia Paulinska is the co-founder & President  of the Silicon Valley Trade Council and was the business opportunity & direction originator for the group.  Her primary role is as the “business and technology evangelist for the company and the catalyzing center for the advisory board”  for SVTC.   In addition to her duties at SVTC, she was formally a staff  Sr Editor at US based Media & Entertainment Technologies ( www.MandEtech.com ) prior to focusing on her own publication Bright Blue Innovation International ( www.brightblueii.com) along with being a staff editor at Infomarket (www.infomarket.edu.pl ) and a US Correspondence for Property Journal Magazine both in Poland.  These editorial roles are in supplement to her role as co-founder and lead operations manager at her own consultation practice.  She has years of diverse work experience across industries, cultures and continents. Since 2002 she has resided in Silicon Valley and San Francisco Bay area having emigrated from Poland. Having worked across Europe and the USA,  in the roles of public relations and as both a staff and independent journalist, photographer and business development consultant for Eastern Europe and other regions seeking to create joint activities with the US.

Her roles in public relations and journalism have provided her the opportunities to make extensive business connections in the financial and business/political communities on both sides of the Atlantic.  Her journalistic skills from the interview and publication of business and government officials, were recognized and rewarded with the granting of a private audience and interview with the Pope at the Vatican.

She also holds roles she holds in the technical trade press, she is also a US correspondent at Infomarket, an international trade publication, covering various technology areas from hi-tech industry to the infrastructure, gaming, technology, IT, networking and renewable energy sector.  Lidia has a Master degree from Warsaw School of Economics and MBA from Centre for Management Training in Warsaw, Poland.

In addition to the technical skills, Lidia has an extensive knowledge and love of film and electronic media for both the creative and business processes.  As a result, she is currently acting as a key  creative and innovative catalyst  & consultant for the development of high effectiveness and reduced cost multi-media exposure options utilizing techniques from the entertainment industry.  These skill have placed her in demand as both a conference co-organizer and presenter at IEEE and other technical events in the US and Biotechnology & other new technology events in Europe. 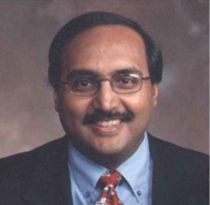 Mr Chatterjee is the co-founder of the Silicon Valley Trade Council and was the concept originator.  His primary role was as the “thought leader and senior creative director” for SVTC.   He currently is acting in a project advisory and strategic consultation role in the firm rather than a direct active role on projects. In addition to his duties at SVTC, he is an active Sr. Editor and co-founder of Media & Entertainment Technologies (www.MandEtech.com) along with being co-founder and CTO of SiliconMap (www.siliconmap.net) an independent consulting firm specializing in Electronic & IC system design and design methods, which he started in 1985. He has participated in over 400 projects involving engineering design, which were released to manufacturing, including tactical design activities and project management.

In addition to his engineering role, he is a senior editor with M&E Tech, and has held editing roles at EDN, Chip Design Mag and other trade publications where he covers in excess of 50 trade and technology events annually. He was recently the Vice-Chair of the IEEE Nanotechnology Council, and is on the executive committee of the IEEE Consumer Electronics Society, Education Society and PV Societies.  Additionally, he has  participated on the BOD of the UC Berkeley Eng Alumni Society, as a conf & SIG chair for industry user groups and on executive committee for the ISQED conference, Storage Visions events, the Interdisciplinary Education Conference and other technical conferences..He was recently awarded recognition as an ISQED Fellow.

Statement by the Entertainment Software Association on Illinois HB3531

Social Justice and Spider-Man: A Conversation with Evan Narcisse

During the Holidays, Using Technology to Connect Older Adults With Friends and Family

Omigo Bidet options for your home